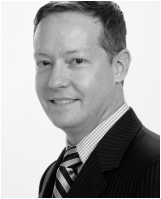 Previously, Inigo acted as Senior Vice President at Deutsche Bank’s Corporate Security and Business Continuity, where he co-lead the global Computer Emergency Response Team (dbCERT) based in New York. Before Deutsche Bank, Inigo held the roles of Vice President of Information Security and Risk Management, and VP of Business Process Improvement in the Six Sigma Central Deployment Office at Merrill Lynch. Inigo has been featured on Digital Guardian, CIO-Asia magazine and BrightTalk and consults on management, corporate strategy, organizational transformation and the marketing of innovation for privately-held as well as public organizations including NEC, GE Healthcare, AT&T and Microsoft. He is on the cybersecurity advisory board at the University of South Florida's School of Business.

Inigo holds an MBA from the Wharton School at the University of Pennsylvania and a BS in Computer Science from Georgetown University. 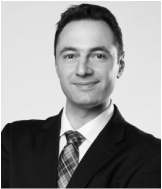 Nubar Dailerian, CFO
​Nubar Dailerian is the CFO of Cienaga Systems (www.cienagasystems.net), a leader in autonomous cyber threat hunting technology, where he is responsible for financial accounting, venture financing and advises on market entry, hiring and business development strategies.

Nubar has recently served as Vice President of Strategy and Corporate Development for TD Bank, N.A. Previously, he was a Strategy and Management consultant advising Global Fortune 500 companies on their long-term strategic plans as well as short-term operational implementations. Nubar has led various software product development launches and corporate development efforts at Gap International, a management consulting firm.
​
Nubar holds an MBA from The Wharton School and a BCom in Finance and Information Systems from McGill University. 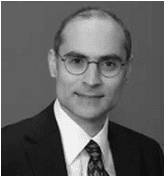 Previously, Sevan served as Senior Staff Scientist at Natural Selection, Inc. which helps companies across a variety of industries solve difficult problems through the application of evolutionary computing, neural networks, fuzzy systems, and other methods. He has worked on problems concerning risk detection, market research, bioinformatics, scheduling, and the environment, among others. Prior to NSI, Sevan was Senior Scientist at Affinnova (acquired by Nielsen) where he was co-inventor of patented, state-of-the-art interactive evolutionary algorithm technology used to design products and packaging for internationally recognized consumer brands.

Sevan earned his Ph.D in computer science from Brandeis University and was a post-doctoral fellow at Harvard University. Sevan also attended the Santa Fe Institute for Complex Systems and holds a Master's in music theory from the Eastman School of Music (University of Rochester). Shane is currently pursuing a master's in Data Science at New College of Florida, where he also earned his Computer Science degree as an undergraduate. He is also a certified OSCP and previously worked as a full-time penetration tester. 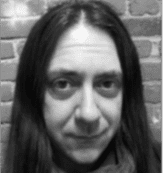 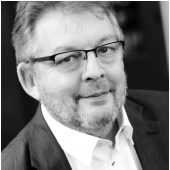 ​In addition, Ian is the CEO and Founder of Corbels Security Services, and is one of the few truly internationally recognized and respected leaders in cyber-security and intelligence. He has 35 years of experience in advising businesses in their strategic decisions including Saudi American Bank, Citigroup, Merrill Lynch, Barclays, Team Cymru, and numerous technology start-ups.